It is important that we understand that obesity is bad for people of all ages. Obesity in childhood ,however, is much more a matter of concern. Parents and teachers both have a role in dealing with obesity. A child alone cannot deal with it and needs guidance. Let’s hover and know more about obesity as a major problem in childhood being faced these days.

Comparing with the yesteryears

Obesity, half a century ago, was not a problem. It was considered as an accidental case met by few. Children in 90’s had a completely different lifestyle as compared to what they have today. Earlier in times, kids had a different day’s routine which involved a lot of fat and fibre as a food diet and physical activities like playing in the park, running around the field and the like. Today, technology, despite being a boon for the brain have failed to act as a tonic for the body. Computers, laptops, tabs and television sets have glued the children inside four walls. This has made them go weak on the inside and have made them less active. Not only this, food was in the purest form and stress on fats and carbs once were a source of energy for kids. Today, junk is the new hero! Junk takes nutrients away even what remains in the body as natural fibre or protein.

Junk food is low on nutrition and high on calories. Increasing socialization amongst kids and their parents have led to rise in social gatherings and parties too. Birthdays and anniversaries are heavy and so is the food for guests. Children on these parties tend to have a lot of calorie high food items like cakes and pastries, soft drinks, pizzas and much more. The fat consumed or calories taken does not burn in the absence of physical activities. Food habits have to be kept on a strong checking scale. ‘Junk food’ and high sugar intake is the biggest cause behind childhood obesity. Keep a close check on it! 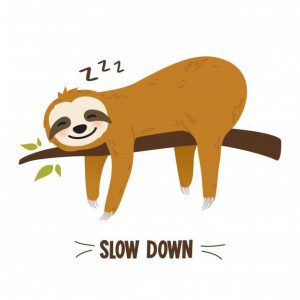 Technology is a boon. But not for child’s health. Popping eyes to the laptop screen is detrimental for children and it’s high time we should understand that. Children once loved to play around the park. Falls and bruised at play never made them leave their love for the parks and roadsides. Parents are more protective now. They wish to see the child in front of their eyes. Therefore, they do not allow them to go out. It is not wrong to be protective towards your child but binding them limiting to the boundaries of home . This accelerates the tendency of obesity during childhood. Excessive TV viewing for long hours is a malpractice amongst children even if they are watching educational content.

No merry go rounds, no swings, no poshampas! The life for children is dull and monotonous. As parents, give them an opportunity to play. Take them to parks. Go to different parks with them. Let them experience what childhood is! A dull and boring life leaves with a child with no option except sitting idle, watching TV and eating junks with a cherry on top ‘Entering a no exercise zone’. So, absence of an effective exercise/ yoga regime will ultimately lead to child obesity. 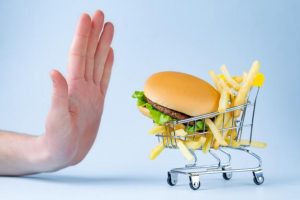 Smart Tip: Obesity is sometimes a genetic thing which comes naturally. There are ways to avoid and cure it too. Consult a child physician or a specialist for the same and never ignore child obesity. Years of accumulated problem of a child being obese will be later tough to deal with. Sakshi Sharma is an avid reader and writer. She wields her pen to express her views on untapped version of issues and cherishes her skills on poetry. Every work of her art is projected beforehand and assesses the impact it’s going to put on the reader. With an inborn inclination towards writing, she remains motivated to keep innovation in the bag to write in consonance with the need of the writing trends and the immediate environment. She welcomes reviews, suggestions and queries in all hail as she believes it’s in the good-hope and interest of her own field of work. Welcome aboard and cheers for the ‘Power of Pen!’
tagged with child obesity, childhood obesity, harvard health, health blog, health blogspot, healthy diet, medicine, movement exercise, obesity, overweight, physical activity